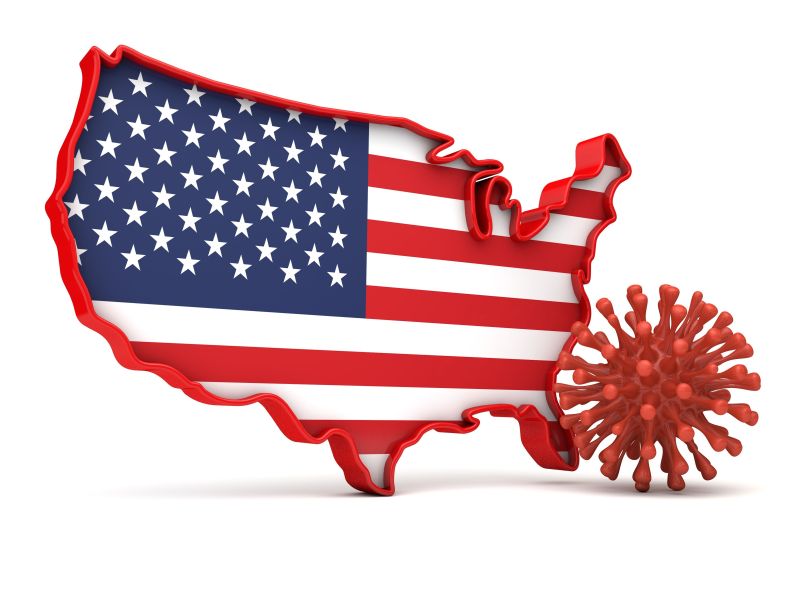 FRIDAY, May 29, 2020 -- While the spread of coronavirus has slowed in some of the hardest-hit areas of America, other parts of the country were seeing worrying spikes in cases by Friday.

New York City, once the epicenter of the coronavirus pandemic in the United States, announced plans Thursday to ease restrictions after 10 weeks under lockdown, the Washington Post reported.

"Restarting won't mean back to normal -- we CAN'T rush back," New York Mayor Bill de Blasio tweeted Thursday. "We need to keep this virus in check."

But even as the New York area began to emerge from strict social distancing measures, other states were seeing jumps in COVID-19 cases, the New York Times reported.

Wisconsin saw its highest single-day increase in both cases and deaths just two weeks after the state's highest court overturned a stay-at-home order; Alabama, Arkansas, California and North Carolina are seeing some of their highest case numbers and death tallies yet; and metropolitan areas like Fayetteville, Ark.; Yuma, Ariz.; and Roanoke and Charlottesville, Va., may soon see new highs in cases and deaths.

As the U.S. coronavirus case count passed 1.7 million and the death toll reached 101,600 on Friday, there was more evidence of the collateral damage the virus has caused: New numbers released Thursday show the number of unemployed has now passed 40 million.

The death toll is "a striking reminder of how dangerous this virus can be," Josh Michaud, associate director of global health policy with the Kaiser Family Foundation in Washington, told the Associated Press.

Meanwhile, safety concerns over a malaria drug that President Donald Trump has touted as a coronavirus treatment prompted the World Health Organization to remove the medication from a global trial of potential COVID-19 therapies earlier this week.

Dr. Tedros Adhanom Ghebreyesus, the international health agency's director-general, said Monday that the WHO decided to take a "pause" in testing hydroxychloroquine after a study published last week in The Lancet medical journal found people who took the drug were more likely to die, the Times reported. Several other studies have found the medication has no benefit and could possibly harm COVID-19 patients.

Regardless, Trump says he has just finished taking a two-week course of the malaria drug to guard against COVID-19 infection after two White House staffers tested positive for the coronavirus.

But Department of Veterans Affairs Secretary Robert Wilkie testified on Thursday before a House subcommittee that the agency has drastically cut the use of hydroxychloroquine to treat veterans with COVID-19, the Post reported.

"We have ratcheted down as we've brought more treatments online," Wilkie, who wore a surgical mask, told the panel. "And I expect that to continue."

Hopes for another drug being tested against coronavirus infection have dimmed, after a major, new study found the drug on its own won't be enough to significantly curb cases and deaths.

The study, published in the New England Journal of Medicine, found that, "given high mortality [of patients] despite the use of remdesivir, it is clear that treatment with an antiviral drug alone is not likely to be sufficient."

The remdesivir study involved 1,063 COVID-19 patients and was led by Dr. John Beigel and Dr. Clifford Lane at the National Institute of Allergy and Infectious Diseases (NIAID). The researchers found that the drug, delivered by infusion, did help ease the illness: Patients who got the antiviral recovered after an average of 11 days versus 15 days for those who hadn't received it.

Patients who were so sick they required supplemental oxygen, but did not need a ventilator to breathe, appeared to benefit most from remdesivir.

But the difference in the overall death rate -- 7.1% of patients on the drug vs. 11.9% of those who didn't get it -- did not reach statistical significance, the researchers added.

The study does suggest that early treatment works best. "Our findings highlight the need to identify COVID-19 cases and start antiviral treatment before the pulmonary disease progresses to require mechanical ventilation," the researchers said.

Early evidence had suggested that remdesivir might help fight coronavirus illness, so the U.S. Food and Drug Administration gave it "emergency use authorization."

Already, combinations of remdesivir and other drugs are being tried, to see if dual-drug treatments might boost outcomes even more. For example, one federally funded clinical trial is combining remdesivir with a potent anti-inflammatory drug called baricitinib, while a trial from biotech firm CytoDyn is pairing it with an antiviral called leronlimab.

Meanwhile, the search for an effective vaccine goes on. The U.S. Department of Health and Human Services (HHS) said Thursday it would provide up to $1.2 billion to the drug company AstraZeneca to develop a potential coronavirus vaccine from Oxford University, in England.

The fourth, and largest, vaccine research agreement funds a clinical trial of the potential vaccine in the United States this summer with about 30,000 volunteers, the Times reported.

The goal? To make at least 300 million doses that could be available as early as October, the HHS said in a statement.

However, many experts have said that the earliest an effective, mass-produced vaccine would be available won't be until sometime next year, and billions of doses would be needed worldwide.

On Tuesday, pharmaceutical giant Merck also jumped into the fight against the coronavirus, announcing two separate efforts to develop a vaccine and a partnership to develop a promising antiviral drug that can be taken as a pill, the Times reported.

Of course, testing will be key to further efforts to control the spread of the new coronavirus. But only about 3% of the U.S. population has been tested so far.

In Asia, where the coronavirus first struck, several countries are finally returning to a new normal.

In China, public officials were trying to test all 11 million residents in the city of Wuhan in the hopes they can extinguish any remaining cases of coronavirus in the pandemic's original epicenter, the Post reported.

But a small cluster of cases in the northeastern province of Jilin has prompted officials to employ many of the strict lockdown measures that were used in Wuhan, the Times reported.

Meanwhile, South Korea on Thursday reported its biggest jump in cases in more than 50 days, the AP reported.

The Korea Centers for Disease Control and Prevention said 67 of the 79 new cases reported were from the Seoul metropolitan area, where about half of South Korea's 51 million people live. The government has shut public facilities such as parks, museums and state-run theaters in the metropolitan area for the next two weeks, to stem any further spread of the virus.

Elsewhere, the situation remains challenging. On Friday, the United Kingdom's coronavirus death count neared 38,000, the second highest in the world, according to a Johns Hopkins University tally. Britain has now surpassed Italy, Spain and France for COVID-19 deaths in Europe. Still, Prime Minister Boris Johnson continued to move the country toward a full reopening.

Brazil is fast becoming the next hotspot in the coronavirus pandemic. By Friday, the South American country had reported nearly 27,000 deaths and over 438,000 confirmed infections, according to the Hopkins tally. Only the United States has more cases. On Monday, Trump issued a ban on all foreign travelers from Brazil because of the burgeoning number of COVID-19 cases in that country, CNN reported.

Cases are also spiking wildly in Russia: As of Friday, that country reported the world's third-highest number of COVID-19 cases, at more than 387,600, the Hopkins tally showed.

Worldwide, the number of reported infections passed 5.8 million on Friday, with almost 361,000 deaths, according to the Hopkins tally.

The U.S. Centers for Disease Control and Prevention has more on the new coronavirus.